The Small Village of Big Data 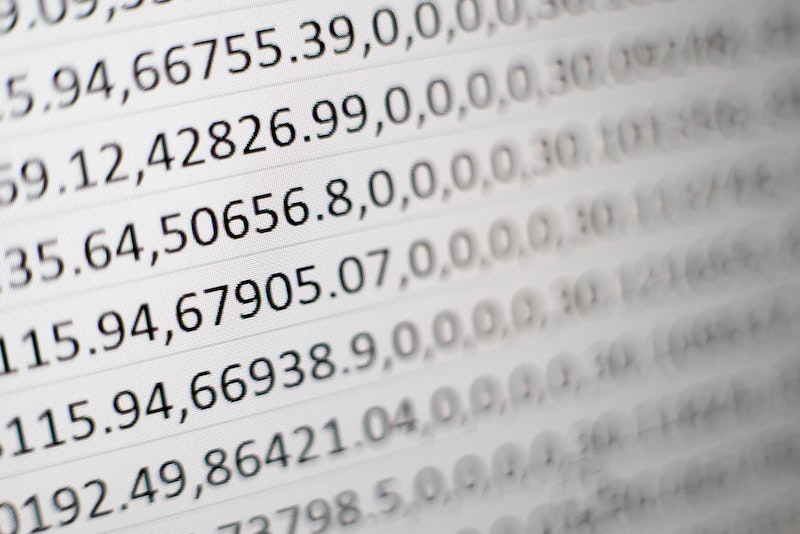 Truth be told, salmonella might actually be a better thing to have than that small data breach – because in the age of hyper information and Big Data, there’s really nothing worse than cyberattackers finding their way through the (probably not that thick?) walls of your company’s data security and data management.

Research shows that one year from now, by 2020, there will be 44 trillion gigabytes in the digital universe.

Let me repeat that. 44 trillion gigabytes of information floating (more or less) freely through cyberspace.

That’s your life right there. Everything you ever did, and, with the help of machine learning and predictive analytics, everything you are likely to do as well. Your company’s most confidential information. Who your customers are and the quotes you have sent them. Every bill. Every slip. Every major blunder. Who your employees are, and, perhaps, every tiny mistake they have made along the way. Everything.

Still thinking salmonella is bad? Try a data breach that will give cyber attackers access to all this information.

And Harari Said Let There Be Dataism

About two years ago, the prices of certain AMD graphics cards skyrocketed to the point where they got to be twice, or even three times their original price. The gaming community shuddered and pretty much every computer hardware store on the internet made a profit.

The long story is, however, far more complex and it touches upon the three main concepts ruling the world of tech right now: Big Data, Dataism, and cryptocurrency.

Big Data is defined as the study of large amounts of data with the purpose of understanding (and predicting) human behavior. At this point, the world has collected enough data to aim for something as grand as actual predictions based on what has already happened. Machine Learning is the first stage of extracting meaning out of all the data that we have. Then comes Deep Learning, a more advanced form of Machine Learning. And then, well, there is Artificial Intelligence. Real-life AI that can make independent decisions and perceive the world – potentially – similarly or even beyond the way a human does.

You may not know this, but we’re already way past the first stage. Machine Learning is increasingly common in a wide range of industries – from healthcare providers, who use Big Data to create a better future for their patients to Disney, who uses Machine Learning to predict the reactions of their audience to their movies.

Dataism is the contemporary philosophical trend focusing on modern mankind’s reliance on (Big) data to eliminate cognitive biases and help humans reveal new aspects of their behaviors. The concept was first brought to light in 2013, by David Brooks in the NYT and it resurfaced again in 2015 when Steve Lohr published Data-ism.

Although both David Brooks and Steve Lohr are the precursors of Dataism, it was Yuval Noah Harari that pushed the term even further. Unlike David Brooks, who had talked about both the upsides and downsides of Big Data, Harari pushed the idea forward as the way mankind will evolve.

First, there was the Industrial Revolution, said Brooks. Then, the Big Data Revolution. And then, Harari said that our very evolution as a species relies on providing algorithms with as much data as possible. Because that is the main way we, as the processors running the system of life we live in, will become more efficient.

Let there be Dataism, they said. Let the information flow freely through cyberspace and beyond, to allow machines to make accurate calculations and predictions, to allow ourselves to reach past the point of evolution we are at now.

And what does cryptocurrency have to do with everything?

It was not about the price of graphics cards, all along. It was not even just about blockchain or just Big Data. It was about everything coming together to tear apart the very grounds of what we know, what we do, and how we do it.

Hair by hair, it seems that we are tearing ourselves apart from a centralized society and culture. Everything becomes homogeneous, from the movies we watch to how we deal with our privacy.

What’s Yours Is Mine, What’s Mine Is Mine

In theory, Dataism really does sound like the one thing that will finally push us to that Star Trek-like future we’ve all been dreaming about.

In practice, it also means that when I get salmonella, everyone does. Or, in other words, we share everything, forever and always. Every single bit of data our devices collect and carry goes into the Mother of All Big Data to feed the algorithms and predict our best course of action for the future.

And yes, that does come with a long list of benefits.

Ultimately, what happens to us, as human beings, and how do we evolve on a personal level, when every decision is handed down to us on a silver platter?

Dataism is cool and it can definitely be the foundation of where we go from now. But data sanitation is absolutely crucial before we proceed in that direction – because the quality of the data machines are fed with will affect the quality of the output.

A line must be drawn between unlimited free data flow and the type of data we choose to feed to the new systems. Because we may not realize this just yet – but Big Data might soon become a small village where everyone knows everything about everyone else and nothing is private anymore.

Life in the small village of Big Data might sound like a picture-perfect movie. Yet, if history has taught us anything, it’s that, before they even come to fruition, all utopias turn into dystopias. A future where the system can be freely hacked and all the data in the world can be accessed with malevolent intentions is a dark, sinister, and unsafe future.

A future we absolutely must fight to prevent by fortifying our security fortresses and ensuring that small data breaches don’t happen.

Data security and data sanitation are the vaccines required against a future where everything we are can be erased and manipulated in the blink of an eye, turning lives into nightmares and businesses into ash.

Summary hide
And Harari Said Let There Be Dataism
What’s Yours Is Mine, What’s Mine Is Mine