Top 7 Pieces of Innovative Technology that Spook Us Out 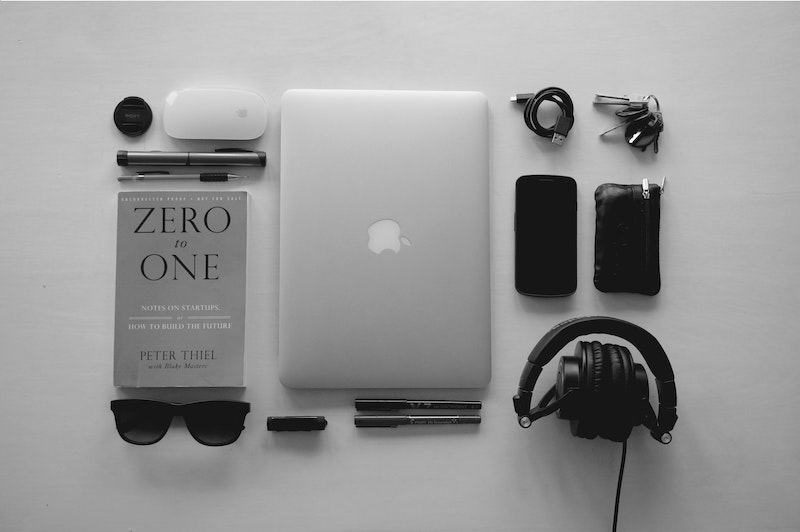 Sugar, spice, and everything nice, technology’s evolving, but what is the price?

In 1984, Arnold Schwarzenegger was (finally) making it big in Hollywood. After having succeeded in a bodybuilding career, he made it through his Conan the Barbarian phase and actually convinced Hollywood producers to give Terminator a chance. If by then, creepy technology was more of a niche interest, Terminator made it quite clear to the mainstream world: innovative technology could be a nightmare in disguise.

The rest is history. These days, Schwarzenegger is more famous for his key-sentence, you are terminated, than any of his bodybuilding or political successes.

It’s been more than three decades since that first Terminator movie, but the scare lingers on. Where does innovative technology end, and where do spooky technology and spooky science begin? What is the limit between horror-infused Sci-Fi and a better future for humankind?

The truth is that reality is scarier than fiction. There are no monsters hidden under the mountain, no aliens invading Earth, no Dark Sith building a weapon of complete annihilation.

Some scenarios are, well, as realistic as it gets.

What are some new technologies and scientific discoveries that creep us out?

Read on and find out more.

Ruining lives via Photoshop is old news, it’s time for creepily real videos of not-you to emerge from the depths of the Internet and make it look like you are doing and saying things you never did or said.

Deepfakes are based on a technology that combines deep learning and human image synthesis. Basically, what this spooky piece of technology can do is create entire videos of you. The quality of the image and sound of these deepfakes are perfect, so it’s almost impossible for the human eye to make a distinction between a deepfake and a real video.

Imagine deepfakes of politicians saying things they shouldn’t be saying, and you can easily see just how wrong this can go.

China has long been a forerunner in the technology war – so it should come as no surprise to anyone that they are developing ultra-innovative technology (that is also ultra-creepy as well).

In short, the social crediting system is one of the creepy current events that seem to have gone more or less under the radar of mainstream news sites. This spooky technology was mentioned a couple of times here and there, but it seems that most people are still entirely unaware of it.

The social crediting system assigns points to each citizen and business (based on their behavior in a variety of contexts). The score resulted from form this assessment would eventually influence on:

This entire technology is not about how the Chinese population pays its taxes, and it’s not even about how they display their loyalty. It’s about actual mass surveillance (through smart street cameras capable of identifying every single person walking down the street or driving down the alley in their car).

How about all rolled into one spooky technology that might be the future of all humanity?

Biocomputing is not as scary as having your every breath recorded into governmental systems.

But it still feels as if it was torn out of a Sci-Fi horror movie, and it still makes technology scary.

These things look like an odd piece of scary science that crossbreeds computers and humans in the creepiest of ways. Take a look at this (imaginary, for now) video. If that microprocessor isn’t giving you the yikes, we don’t know what will.

However, the purpose of these biocomputers heir is a bit less scary than it may seem. Biocomputing’s primary goal is to help the entire computing industry move beyond its current limitations:

Well, it looks like computers are stepping into human skin.

I’m not obsessed with Terminator, I promise. It’s just that Artificial Intelligence gaining willpower of its own is, without a doubt, one of the scariest scenarios we could ever think of, as human beings. And, unlike a Universe that implodes and leaves absolute nothingness behind (see below), ultra-smart Artificial Intelligence is something we are building.

The AI Singularity is a theory developed at the beginning of the 1990s by Vernor Vinge, and it focuses on the idea that, once we meet the four main points of technological development. Artificial Intelligence will gain superhuman powers, and the human era will end. This is, according to Vinge, the Singularity – a moment that happens once, and it is irreversible in nature.

Scary, right? Well, here comes the most terrifying part. The milestones the Singularity theory describes as precursors to the big (and likely fatal) moment are the following:

We aren’t quite there yet on any of these points, but we aren’t pretty far off:

By the looks of it, we aren’t even that far from an overpowering Artificial Intelligence system.

The question is not whether or not we get there – but how do we make sure that we arrive in the cleanest and safest way there is?

Quantum Physics is, perhaps, one of the most challenging subjects you could ever read about. At the borderline between physics, philosophy, and, possibly, a branch of science that doesn’t even have a name yet, Quantum Physics may also hold the key to human evolution.

The thing with asking yourself too many questions, though, is that you might also receive answers you don’t quite like.

I’ll leave the extensive explanations on Quantum Entanglement to people who are (way) smarter than I am:

The thought of not being able to have control over your actions is terrifying, right?

In its essence, Dataism isn’t scary.

It promotes an ideal I think we can all get behind: breaking the final frontier of knowledge by allowing all the data in the world to be freely accessed by machines. In their turn, these machines will compute all the information at tremendous speeds so that it can output solutions for our current problems.

Pair this with hackers breaking into the system to use all the information to their advantage and start real Data Wars, and you can quickly see how things can go very, very, very wrong.

I find this to be the spookiest piece of science I have ever stumbled upon.

Again, same as Quantum Entanglement, it is the kind of theory I truly believe smarter people can explain better. Kurtzgezagt’s video below is quite good, but if you are looking for the extended version, here’s a piece you’ll love.

Vacuum Decay is the almost instant dissolution of life with the impossibility of it ever “growing” back again. Basically, it’s like pushing a universal self-destruct button.

All of these are, of course, exaggerated scenarios – but they are just as real as it gets.

Have we scared you out?

What is the spookiest piece of technology and/or science you have stumbled upon lately? And which of the scenarios looks more like a doomsday premonition to you?